20th Fret On a Classical Guitar 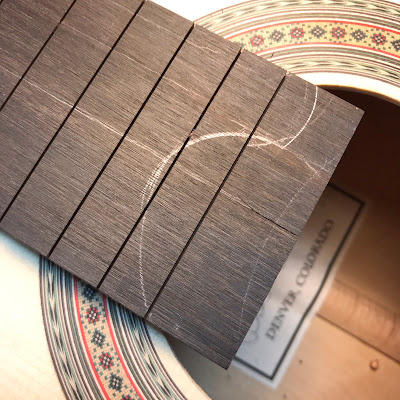 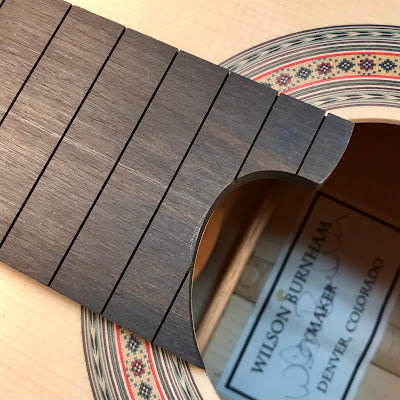 The six string classical guitar has a limited range of notes, traditionally there are only 19 frets which allow a player to play B5, that is the second B above middle C. For some guitarists that note isn’t high enough and since the late 18th century they have begged guitar makers for more frets, a good example is the 19th century guitarist/composer Luigi Legnani, who had a guitar made with 22 frets! There exists a guitar with 20 frets that was made in the mid to late 1800’s by the great Antonio deTorres guitar and today, the classical guitar virtuoso Eliot Fisk, plays a guitar with 24 frets!
I have made several guitars with a 20th fret and I was never fully satisfied with the shape of the fret board where that fret resides, this shape is more pleasing to me than the others I have made.
This guitar will be available for sale when it is completed..