Showing posts from January, 2013
Show all

Plans for a Saw Vise 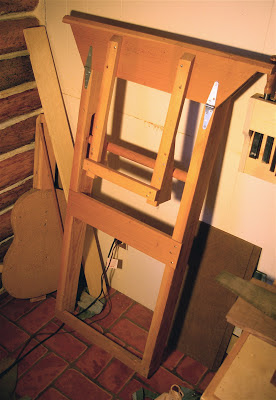 There are lots of things you can do with tools if you learn to use them. It is twice as hard to use tools the wrong way as it is to use them the right way. You will be using tools all of your life. Boy Scouts of America, Bear Cub Scout Book , 1971 Life has been a little crazy lately, the temperatures dropped down to -10 degrees below 0 Fahrenheit last week which froze the water line from the well head to the house. We're still waiting for the well guy to show up with the waterproof heat tape to put inside the water line. I've been having to drive 3 miles to the nearest water source every other day to fill up water jugs. I really don't mind it, we lived with limited water supplies at Cedar Grove in northeastern California. It's warmer now, it was 42 degrees F this morning, it's the end of January and we live at 8,500 feet elevation, go figure. Yesterday, I decided to be bad and not French polish, I pulled out my favorite Disston rip saw and started to re-sa
11 comments
Read more 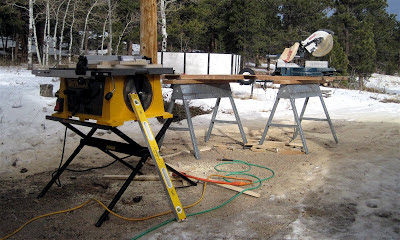 Much can be accomplished with saw, hammer and rule, and the third of these even is not essential. Bernard Jones, The Complete Woodworker Table saw and sliding compound miter saw. Yes, I still use them, they work. A recent posting on The Offcut about how many tools a person should have in their tool box has given me reason to mull over my career as a carpenter. When I was a full-time framing and finish carpenter I had close to $5000 worth of power and hand tools in the back of my ’84 Chevy pickup truck. The tools I used were tough, dependable and increased my efficiency-in the world of construction making money for the contractor was all that mattered. It was hard, brutal work, I remember the physical and verbal abuse I had to endure on the job site from my supervisor, co-workers and contractor. I put up with it because I wanted to be a carpenter and I became a cracker jack one, but when I finally did walk away from that life I was very happy. The historic preservation carpenter
6 comments
Read more 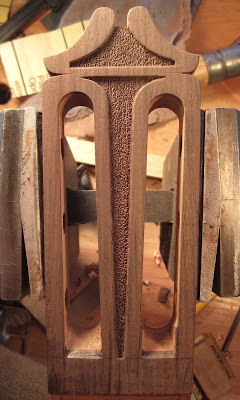 The head design is bold, and includes two central areas which are carved out, and finished with a textured effect. Roy Courtnall, Making Master Guitars , 1993 As a follow-up to my last post, here are some photos of what can be done with "stippling". Oh, what things you learn whenever you work with wood! Always double check your layout and make sure all reference points are where they are suppose to be! I look forward to the next Hernandez y Aguado copy I make, even though the carving on the head is quite basic and simple, it was quite exciting to see the work progress. I discovered what I need to do to improve the next head I carve. Jory Vinikour will be the director of the Early Music Festival and Workshop at the Rocky Ridge Music Center this coming August. Rocky Ridge is located at the base of Longs Peak and is just six miles north of my house on Highway 7! I hope to attend some concerts there this summer. In this YouTube video he plays one of my favorit
Post a Comment
Read more

How to Stipple Wood 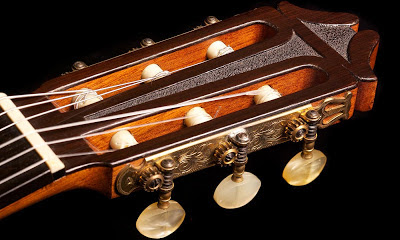 Everything should be made as simple as possible, but not simpler. Albert Einstein, scientist, mathematician This morning I spent several hours grinding and filing on a spike (large nail) with the idea that in the end, I would have several wood stippling tools, also known as background punches. The peg heads on the guitars made by Hernandez y Aguado have carving channels on them that are stippled, and since I am making a very close copy of such of a guitar I need to figure out how to do the stippling. Since I no longer have my leather carving tools and those stipple tools (available at brownells.com ) cost about $27, excluding tax, I thought that I would make my own. They work, but not the way I wanted them to, and I found out that it is really hard to stipple bubinga! That is what I was practicing on. Off to the computer and the world of the Internet and after a little research I found this article . Reid Cofffield's article was very helpful, I went out to the
5 comments
Read more
More posts