July 27, 2013
In the words of the Historic Preservation Act of 1966, the founding document of contemporary preservation practice, 'the spirit and direction of the Nation are founded upon and reflected in its historic past'. Yet the historic past is intangible and ephemeral. It may be no accident that the origins of history museums and historic preservation in the United States coincided with the growth of the consumer society.


The past several afternoons thunderstorms shut down my work on the 1898 cabin at the Rocky Mountain Mammoth Mine. Lightning has hit too close for comfort and the heavens poured down buckets of rain. 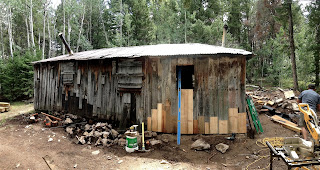 The north elevation of the cabin

Fortunately it thunderstormed for only an hour allowing Brian and I to start replacing the original siding back onto the 1930's addition of the cabin. The addition is now supported with 8x8 timbers for sills and new floor joists were installed to carry the original flooring. I wish that I didn't have to use "dutchmans" to replace the lower have of the siding boards, but the original owners installed a cement skirting around the original sill timbers with the idea of holding the building up. All it did was keep in the moisture and rotted the ends of the boards and the original sills. If they hadn't off done that I wouldn't have this wonderful restoration job! 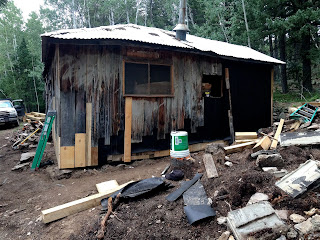 We got around the corner, there is more work to do on Tuesday! 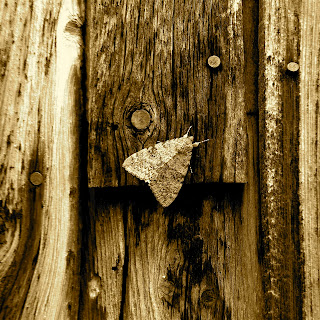 A moth on the porch of the cabin. 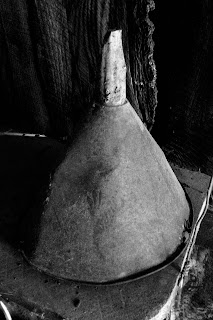 A bird kissed this funnel with one of its wings!

My plan is to complete work on the 1930's addition before I tackle the original 1898 cabin and the building's roof!