February 08, 2021
The curve or shape of the beveled cutting edge of the scraper is critical and deserves some thought...
Robert Lundberg, "Sharpening Scrapers", American Lutherie, No.36, 1993 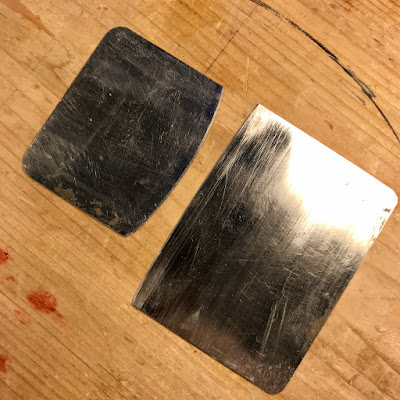 Recently, I re-discovered an article in an old American Lutherie magazine that was written by the late Robert Lundberg, who was a well known lute maker (luthier translated from French is lute maker!). 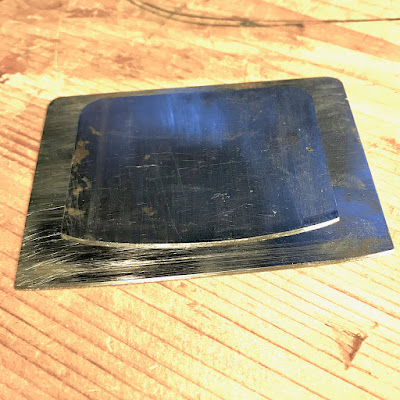 The article, "Sharpening Scrapers", which is about a "typical French method of making and sharpening violin scrapers, was very timely for me. There is a guitar in my shop with new bindings that need to be scraped flush with the guitar sides and I am tired of using a regular straight edge scraper. The new curved edge scraper I bought isn't the most efficient for the task either, it is too big and meant to scrape big wide surfaces. 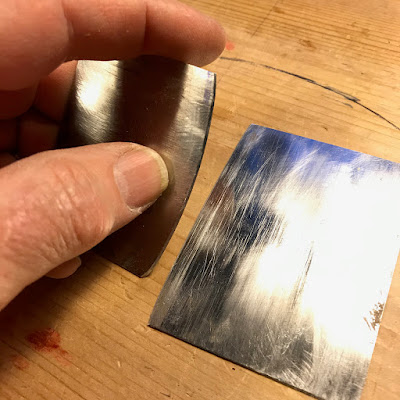 Mr. Lundberg's article has templates for five shapes of the scrapers he used in lute making, I chose two shape to copy and marked them out on a Bahco brand scraper that has been floating around in one of my work bench drawers for several years. I ground and honed a 45 degree edge on both scrapers, then lightly turned a hook on the edge. 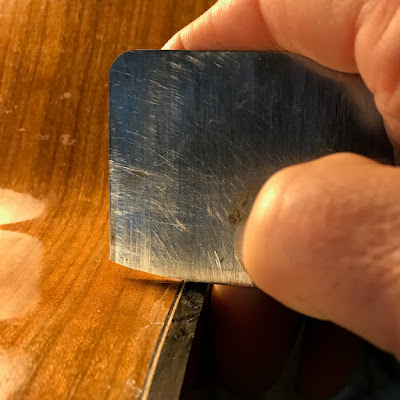 These small scrapers are great for one handed use, the size and the shape offer better visibility, I'm less apt to dig a corner of the scraper into the guitar's side, top or back when I scrape the bindings. 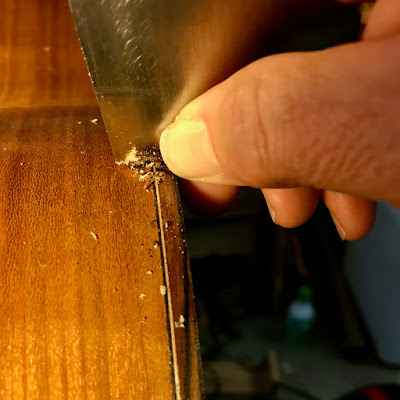 When I first started out in woodworking, I read several articles that stated a 45 degree angled edge on a scraper with a light hook would create the best smoothed surface on wood. It worked for me, then there were the articles that pooh-poohed this technique, those authors said it was best to sharpen a scraper in the manner of Tage Frid. That is the method I have used for the last 30 years and it does work, but Lundberg's article makes me realize that every now and again, I need to re-evaluate woodworking techniques I use.
Robert Lundberg's article is in the Big Red Book of American Lutherie, Volume Three, which, unfortunately, is out of print.