February 27, 2019
A good rule is to buy as much as you can sensibly afford of any wood that excites you and then, quickly, buy a little more.

I received a call from a gentleman the other day asking if I would come to his house and start the appraisal of a classical guitar that his late son built in 2012. It turned out that his son was John Weissenrieder, an American guitar maker who moved to Florence, Italy and learned to make guitars under the tutelage of the Italian maker, Andrew Tacchi.

Mr. Weissenrieder asked me to appraise the guitar because he wants to loan it to the classical guitar program at University of Colorado, Boulder, so a young guitarist can have the chance to play a wonderful guitar that can help them grow as a musician. Nicolo Spera, who is head of the program, had referred me to Mr. Weissenrieder, several of Professor Spera's students own and play guitars that I made.

When I arrived at Mr. Weissenrieder's house, I was shown two of his son's guitars, both of which are very wonderful sounding and well made, and I was asked if I would be interested in looking at some wood that was part of his son's inventory. I followed Mr. Weissenrieder down to his workshop and there on his workbench were several stacks of wood. He knew that I was a guitar maker and was probably a sucker for some nice wood. 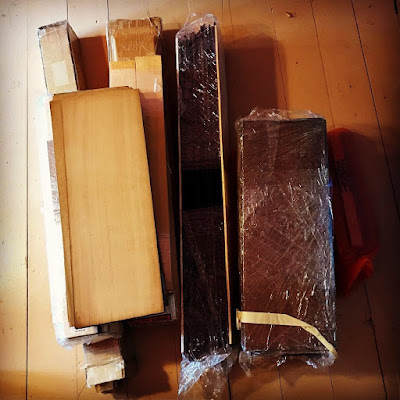 It turned out his son purchased the wood in Milan, Italy, about nineteen years ago. There were twenty back and side sets of East Indian rosewood, which were milled at a sawmill in Milan; several large bundles of spruce brace wood; one box full of six inch wide by thirty-six inches long pieces of satinwood and another box of satinwood sides! I was a little overwhelmed by all this wood. 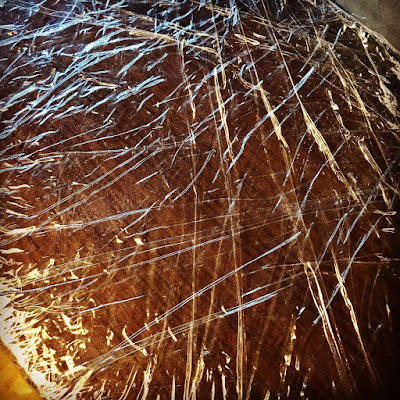 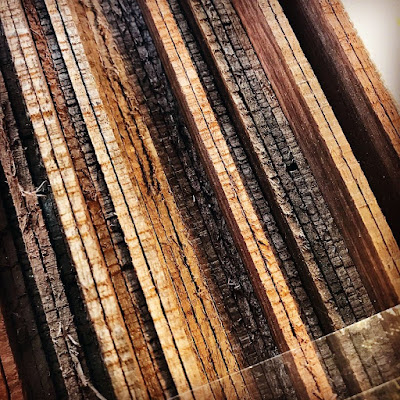 Mr. Weissenrieder knew the current prices of East Indian rosewood back and side set, then told me that his son paid only $38 per set, for the wood and the processing, back in 2001. I gave an offer for the rosewood, Mr. Weissenrieder accepted and then threw the satinwood and brace wood in as part of the deal so it was out of his house! I got quite the bargain. Mr. Weissenrieder was very happy, obviously, he told me that he had approached several of the guitar makers along the Front Range here in Colorado about purchasing this wood and all declined to buy the wood. I went through the rosewood sets, they are all nice sets, a few sets have the occasional worm holes, but that is to be expected of rosewood. The satinwood is figured with flame and bees wing, there is enough to make about five or six guitars with three piece backs. 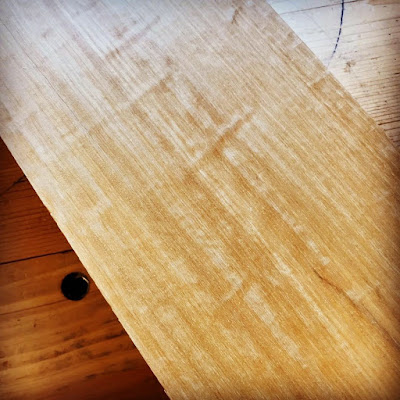 The wood and the guitar came home with me that day. I had to level the frets on the guitar a bit to get rid of string buzzing in the upper positions, I made a new saddle for the bridge, adjusted the playing action, installed a new set of strings, cleaned and polished the guitar.

Mr. Weissenrieder picked up the guitar yesterday, along with the written appraisal and he is very excited to loan his late son's guitar to the guitar program at CU.

I still haven't unpacked the wood to sticker the sets, I would need a day to clear out and re-organize my own wood cache, and then cut a bunch of pine stickers to stack and store all this wood. This wood has been bundled up for nearly twenty years, I think it could stay that way for a little while longer.