Framing the New Workshop, Days 8 and 9

December 06, 2016
For most people, setting up a shop for the first time is largely a matter of adapting to the existing facilities.

I have so much work to do! 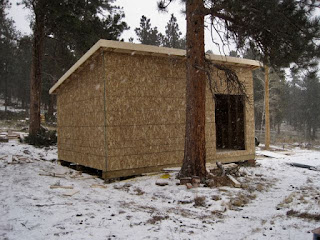 Today, I finished nailing down the roof sheathing and got some trim up on the fascia. I would have put up more trim, but the local lumber yard had nothing but junky 1x8 pine, I was a little disgusted by the selection.

The day started out partly sunny, the temperature was about 16 degrees Fahrenheit, by noon the temperature dropped to 12 degrees and a breeze came up making it too cold to work. Yes, there was a time in my life when I would framing in subzero temperatures, I work for myself now, no point in making work a brutal thing.

As I write this post, it is 10 degrees Fahrenheit with heavy snow. The forecast calls for subzero temperatures tonight with up to one foot of snow! 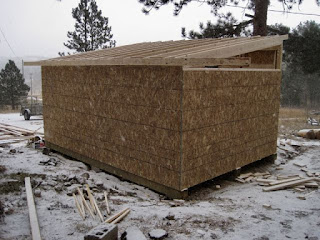 After getting the rafters up and into place, day seven, I got the sub-fascia up on the north and south elevations... 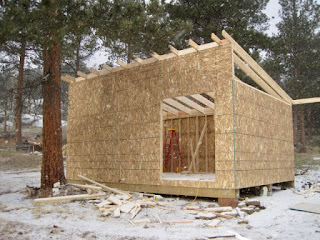 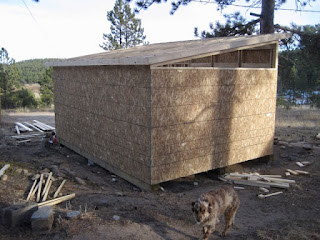 and getting the the lookouts made on the east... 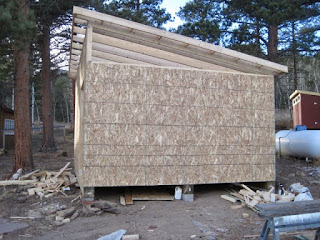 Day eight I put down the 5/8 thick OSB roof sheathing. 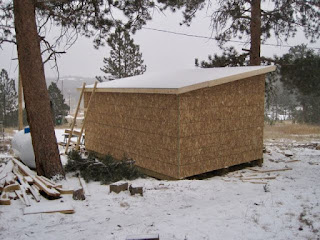 This is what the shop looked like this afternoon...

I need to finish nailing all the wall shear, then 1/4 exterior plywood needs to be purchased, along with some ice and water shield and corrugated roofing for the roof.

Electrical wire needs to be pulled, outlet and lighting boxes located and nailed up, then there's insulation to put in. Did I mention the ten sashes that I will build entirely by hand?

Good thing I got my copy of Charles Hayward's The Woodworker today from Lost Art Press! I admit that sashes were much easier to make when I worked at Yosemite National Park, the workshop was equipped with a floor mounted mortising machine, an eight inch joiner, a twenty four inch thickness planer, a 3hp shaper and a dedicated tenoning/coping machine just for sashes. I like Hayward's description of how to make a sash, I look forward to the task.