March 13, 2012
...other materials to supersede the old ones were now arriving from multitudinous wage earners in touch with no neighbourhood at all, but in the pay of capitalists. Seen in detail the changes seemed so trumpery and, in most cases, such real improvements. That they were upsetting old forms of skill-producing a population of wages-slaves in place of a nation of self-supporting workmen-occured to nobody. 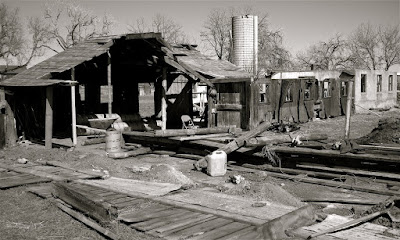 Week 3 of working for Boulder County Parks and Open Space, I'm helping out with the stabilization of this barn and milk shed. 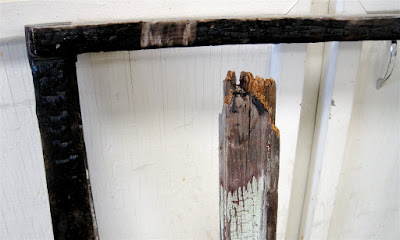 The milking shed which attaches to the barn has 10 windows and seven sashes which originally were salvaged from some house in Louisville, they are all double hung sashes with an upper and lower sash. I had to make 3 new windows and do restoration work on the others, adding dutchmen as needed-replacing broken tenons, rebuilding some glazing rabbets and added cheeks to mortises. The upper rail on the window against the cabinet is still quite sound despite the charring, I will use an epoxy wood hardener to stabilize the charred wood. 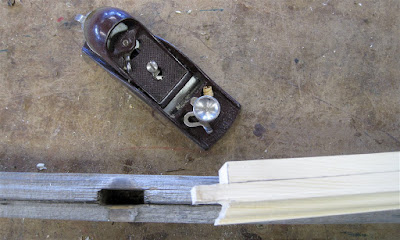 At Yosemite NP I had access to a shaper with the right window profile router bit and a tenon and cope cutter, but at the Boulder shop, I used a standard router for the rails, stiles and muntins as needed and I cut the copes by hand with a coping saw, chisels and a gouge. It's fun and it all pays the same. 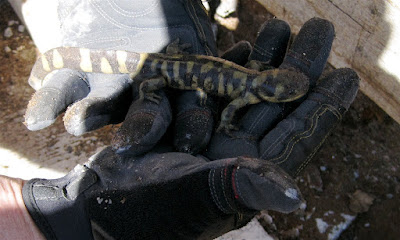 I found a tiger salamander in one of the post holes, he apparently dug out from underneath the old concrete floor, fell into the hole and was digging a new tunnel near the top of the post hole when I found him. That discovery was a great way to end the day.

The obsession with the 10 string classical guitar continues, I glued up a Sitka spruce top for it on Saturday after falling several trees on our property, the work never ends.


YouTube of the week: You never know what you will see on the subway. Thanks to John Dimick for posting this on his blog http://www.guitarist.com/blog/