"The many folk names of this tree (Umbellularia californica) tell a tale of the vivid impression it has made on the generations that have known it. To the Oregonians it is Oregon Myrtle, to the Californians it is California Laurel; though not strictly either a Myrtle or a Laurel, it is at least in the Laurel family and, like the classic Laurel or Bay (Laurus nobilis) with which ancient victors and poets were crowned, it has a spicily aromatic and evergreen leaf. Hence the name of Green Baytree, Spicetree and Pepperwood." 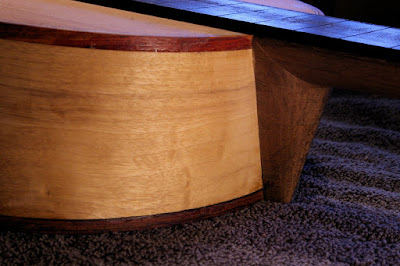 The neck is on and the cocobolo binding, too. The fingerboard is ready to be glued on. 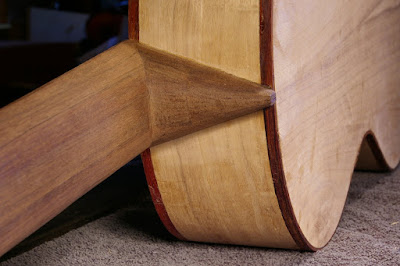 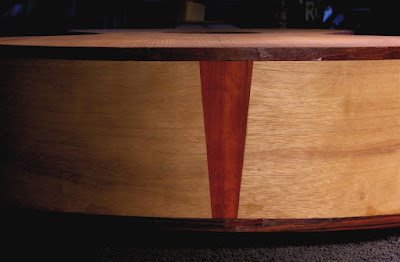 This guitar is made in the style of Lacote, I used padauk for the end graft to contrast the cocobolo bindings. 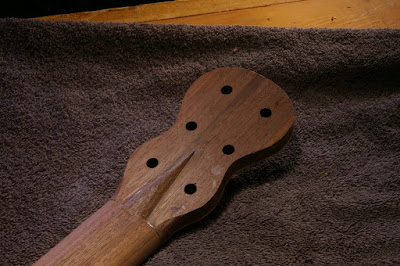 The back of the peghead, I will install Grover friction tuners after I finish the guitar. There are many period guitars that used wing nut friction tuners, check out The Early Romantic Guitar website (click on the link in the right hand column on by blog) to view photos of some gorgeous guitars and see some of the tuners that were used.
at April 27, 2008