Own A Piece of Guitar History!

Here is your chance to own a piece of classical guitar history!

I currently have in my shop a “Hernandis 1A” classical guitar that is in near mint condition!

Back in the 1960’s and 1970’s, James Sherry, of Sherry-Breyer Company, Chicago was an importer of classical and flamenco guitars made by Jose Ramirez III. It was well known in classical guitar circles that he sold Ramirez guitars to Andrés Segovia, Christopher Parkening, Julian Bream and other top notch guitarists of the day. Sherry created some controversy by labeling one model line of Ramirez guitars as the “Segovia Model”, this act infuriated Ramirez who stopped selling guitars to Sherry.

James Sherry also imported classical and flamenco guitars made by T. Kurosawa & Co., LTD, Tokyo, Japan. Mr. Kurosawa had studied guitar making with several well known makers in Spain and in turn taught the people of his guitar factory how to make excellent copies of Spanish guitars. Mr. Sherry offered several grades of these guitars under his own label, the most inexpensive guitars were labeled as “Garcia” guitars, grades No.1 and No. 2 and the higher end guitars were labeled as “Hernandis” guitars, grades No.1A, No. 1 and No.2. The higher grade guitars had better quality tone wood, bindings, rosettes and tuning machines.

The guitar that is in my shop is a Hernandis 1A that has a western red cedar top, solid East Indian rosewood sides, back and bindings, Spanish cedar neck, an ebony fretboard and the bridge is East Indian rosewood. You can see the original T. Kurosawa label under Sherry’s label and the date on the label February 1973, though this guitar was proper made before 1973. Back in the late 1970’s and early 1980’s when I was studying the guitar these “1A” guitars were considered to be as good as the Jose Ramirez III guitars and sold for a fraction of the price of a Ramirez. They were highly desirable and sought after.

This guitar is a very close copy of a Ramirez 1a guitar, dimensions and body shape are nearly identical to a Ramirez and the rosette is a loose copy of a rosette that was used by Ramirez.

I was told that this guitar has been in its case since 1982 when the owner stopped playing it and hasn’t been used since. There are two dings in the top, other than that there is no playing wear, the guitar is near mint with original tuning machines. I installed new frets, which are wider and taller, making it a truly contemporary classical guitar! The case is a vintage Guild Case C-5 which is also in near mint condition.

This guitar has a definite presence. It has a loud voice with depth and plenty of warmth. A perfect candidate for Pepe Romero Sr. (PEPESR) strings from Pepe Romero, it has that lush, dark old school Spanish sound. This guitar was designed and made for nylon strings. The string length, or scale length, is 665mm which helps give this guitar its wonderful sonority. Scroll down to see the guitar specifications.

The owner is asking $2500 which is a great price for such a wonderful guitar. One would have to spend $5000 or more today for a guitar of this quality. If you are interested in this guitar please contact me at highcountrylutherie@gmail.com 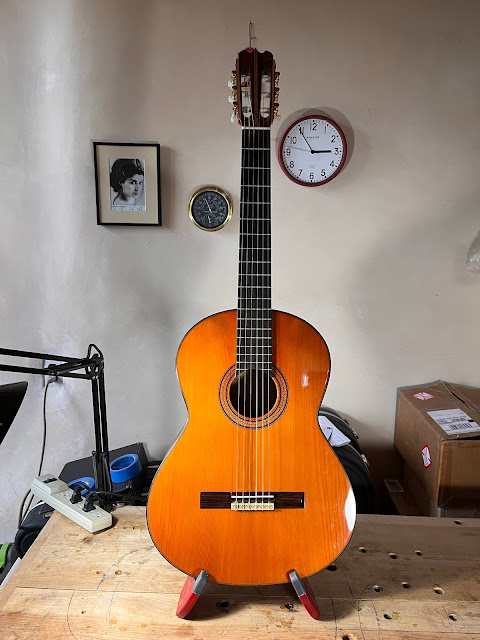 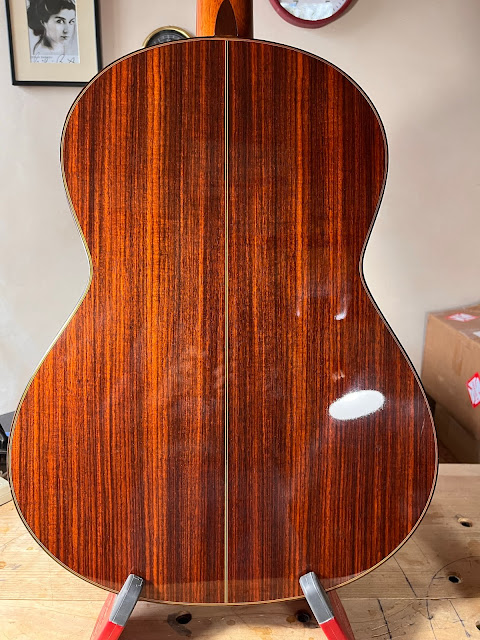 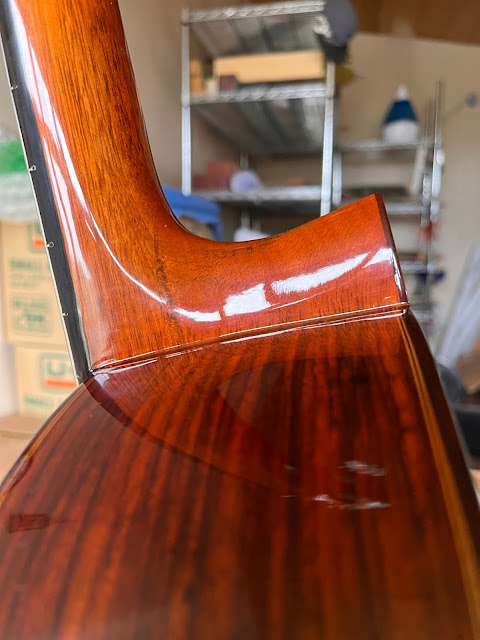 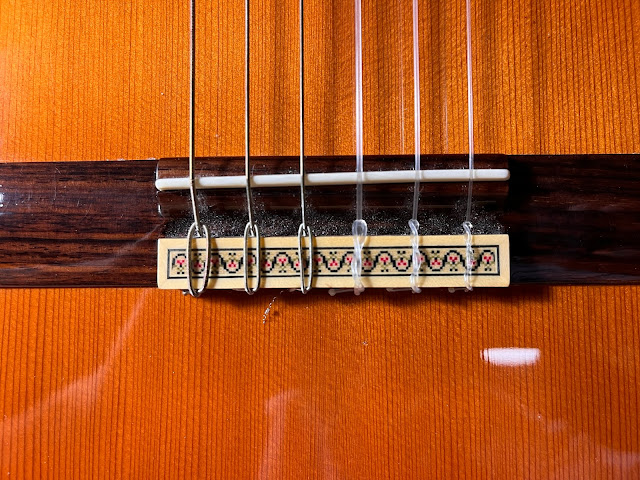 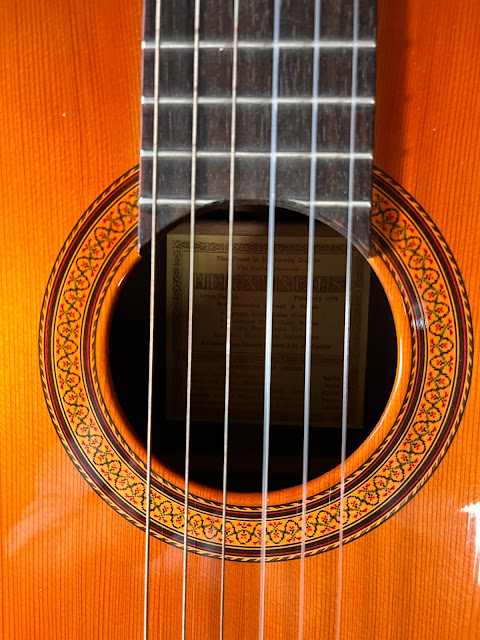 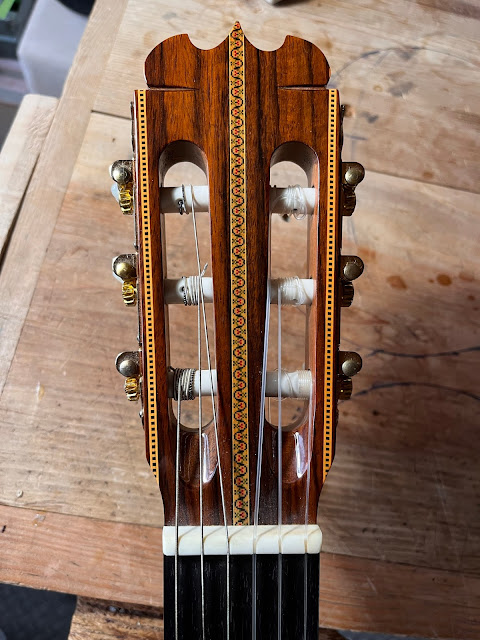 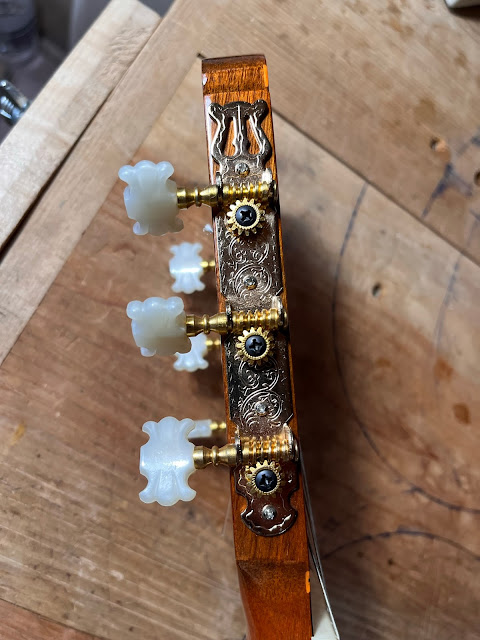 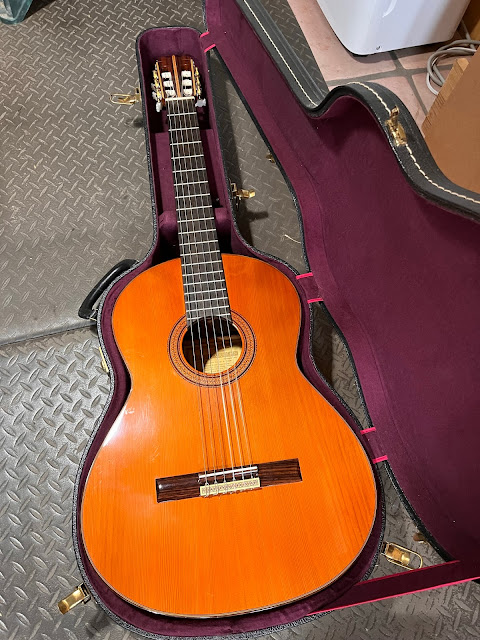